VCI also known as volatile corrosion inhibitor is a sophisticated yet economical way of temporarily protecting metals from corrosion. The atomic layer of VCI within the surface of the metal inhibits the electrochemical process. 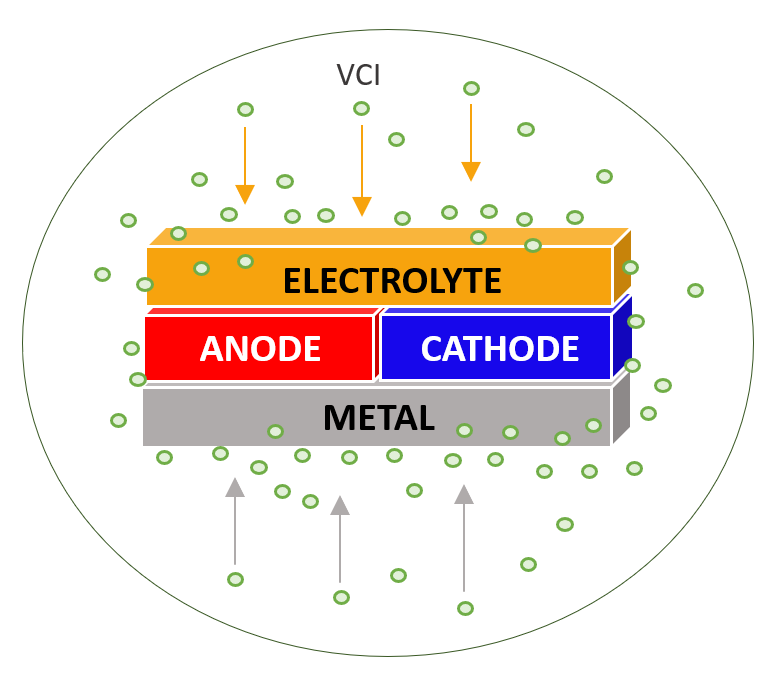 Our specialized eco-friendly VCI chemicals release corrosion inhibiting particles within the vapor area of the packaged metal. These VCI particles foam a thin protective layer about one molecule in thickness on the surface of the metal.

A coated layer such as painting or greasing prevents oxygen in the air and water vapor from oxidizing with ions on the metal surface. However, painting and greasing when poorly maintained catalyzes rusting, not to mention added overhead costs to wash-off. VCI releases a chemical vapor which forms a chemical layer on the metal surface. This invisible layer of chemicals prevents oxidization, and naturally dissipates when air-flow is reintroduced.

The surface of metals isn’t in a stable state. The electrons of the metal ions are traveling freely and looking to bond and return to a stable state. When ions bond with O, OH ions suspended in the air, this leads to oxidization. VCI chemicals artificially create covalent bonds (stable) with the metal surface to stop anode-cathode electron transmission. 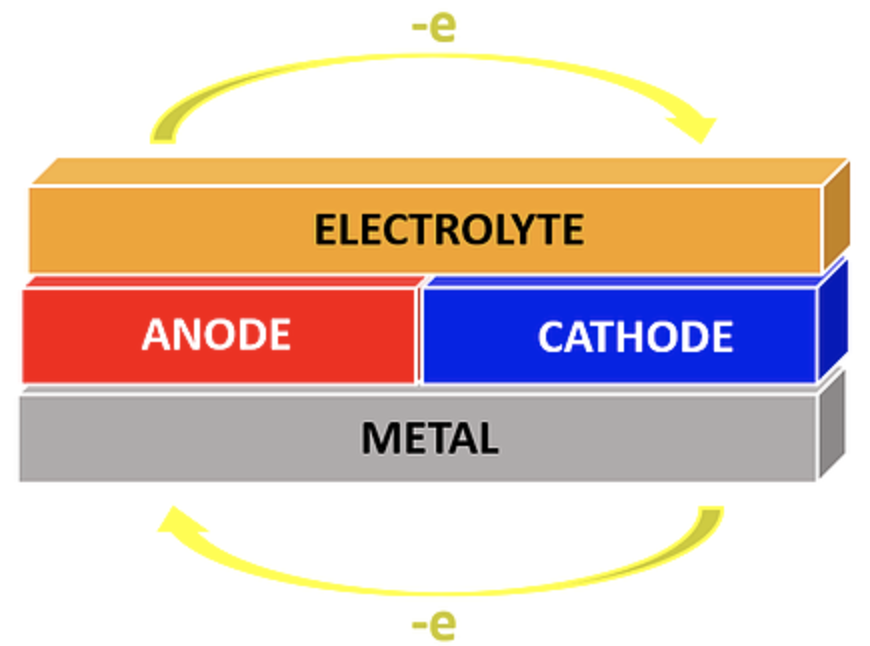 Corrosion
Corrosion is a natural process where metals return back to its original state. Corrosion takes place in an electrochemical process where the electrolytes often found in the form of humidity causes the electrons to flow from anode to cathode on the unprotected metal surfaces.

What Causes Corrosion?
- Relative Humidity - in general, corrosion begins in RH levels of 70% with presence of agents
- Exposure to corrosion agents – NO2, chloride, fluoride, sulfides, and electrolytes in general

What Are the Most Common Cases of Corrosion?
- Common Industries: Automotive, Oil & Gas, Packaging, Heavy Equipment/Machinery, Circuit Boards, etc.
- With the presence of corrosion agents (i.e. within open loop or closed loop systems)
- With the presence of microbiological organisms
- When there's human error in handling process